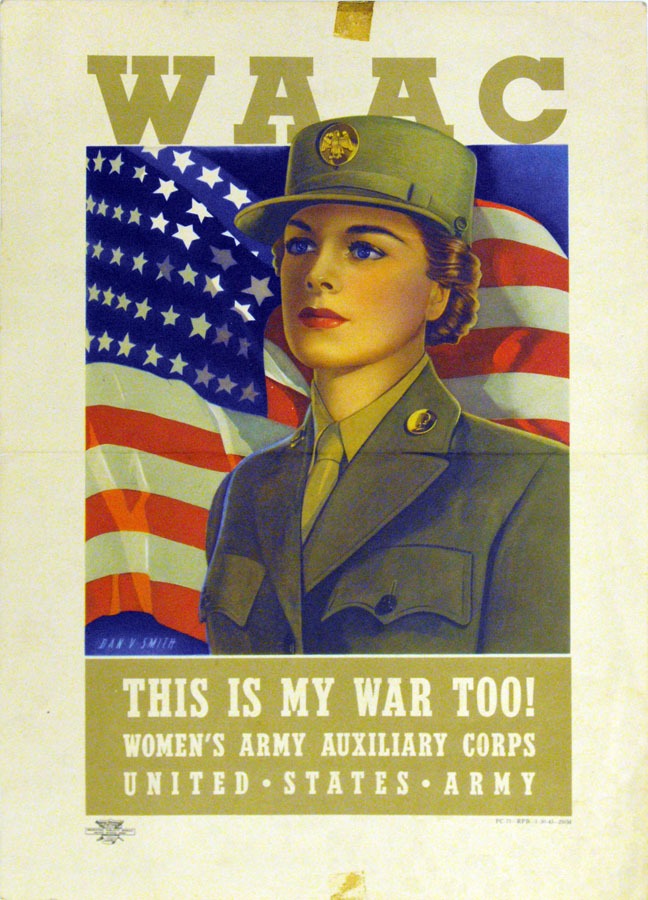 Women's Army Auxiliary Corps, Recruiting Publicity Bureau, 1943
Artist: Dan V. Smith
There was also a call for women to join the military, not just as nurses, but as soldiers. In 1942, the Army was the first service to allow women to enlist through the Women's Army Auxiliary Corps (WAAC). Women were required to be high school graduates between 21 and 45, and they had to meet certain requirements to enlist. Often the women worked in clerical positions in order to free able men who had held those positions to fight.