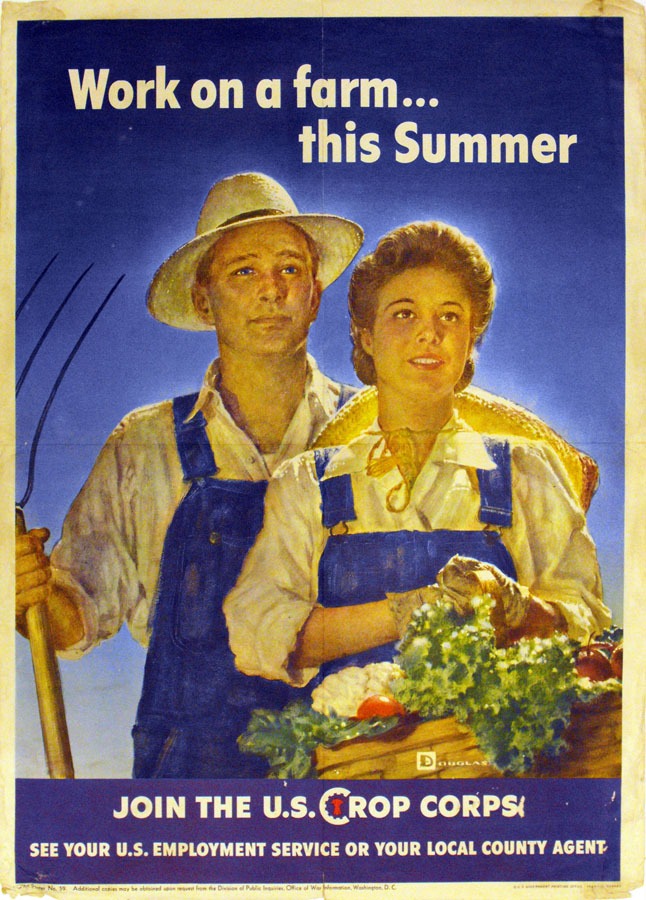 Join the U.S. Crop Corps!
Office of War Information, Poster # 59, 1943
Artist: Douglass Crockwell
With young men enlisting to join the war and hired hands leaving for better paying city jobs, farms suffered during the war. In 1942, many unharvested crops were left to rot due to a shortage of workers. In response to this crisis, the U.S. Agricultural Department created the U.S. Crop Corps, which enlisted women and young teens (aged 11-17) from cities to live and work on farms. The work was portrayed as being highly patriotic, and by the end of the war around 1.5 million women and 2.5 million teens joined the Corps.