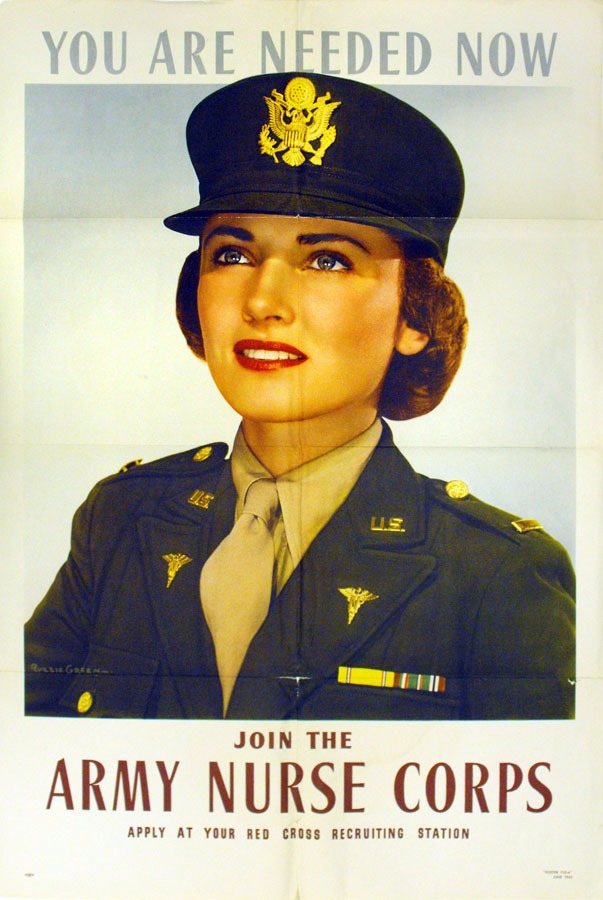 Join the Army Nurse Corps
Poster 710-A, 1943
Artist: Ruzzie Green
After the United States entered the war, there was a great need for nurses. As an incentive, they were offered the rank of a commissioned officer (equal to a second lieutenant in the Army) and $70 a month in pay. Their education would be completely paid for by the government. Combat nurses who traveled overseas often risked death or capture. More than 1,600 nurses received medals of honor for their services.