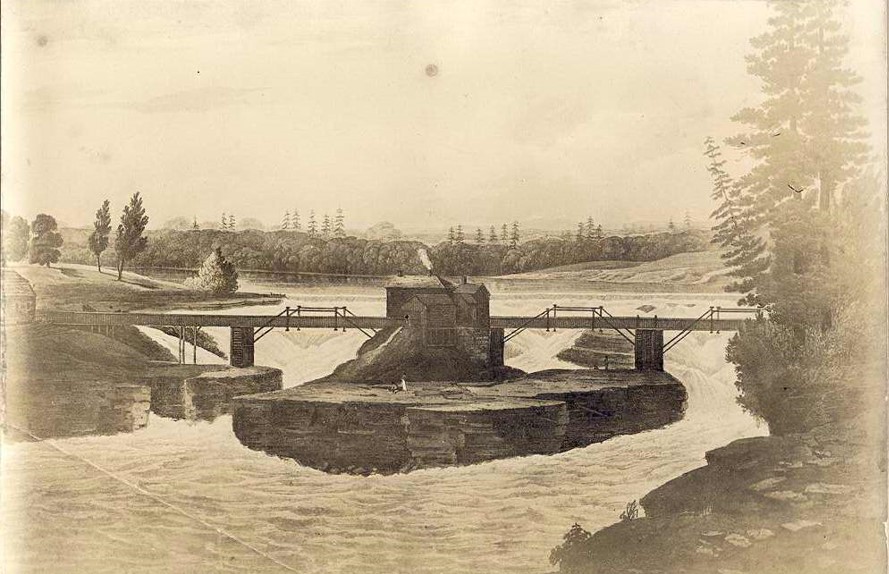 The area now known as Queensbury and Glens Falls has a rich history beginning with the use of the Hudson River. The Hudson-Champlain waterway became critical to Europeans as they colonized North America and developed trade with Indigenous tribes. Along the river, industries would be developed and over time, land would be settled. By 1908, Glens Falls was chartered as a city. In the early 20th century, Glens Falls consisted of four-square miles of tree-lined streets, shops, hotels, churches, a hospital, trolley system, railroad, and 15,000 people. Industries like lumber, textiles, and cement were flourishing. This exhibit explores the many factors that led to the development of this region.