Timed to coincide with the 75th anniversary of the end of World War II, this exhibit features 50 wartime posters collected by Linc Cathers during his youth in upstate New York. They represent a sampling of the hundreds of posters produced by various branches of the federal government – all intended to build public support for the war effort. To supplement the huge military operation required to fight the war the Government launched a multifaceted propaganda campaign to communicate its messages to Americans at home, and it recruited some of the nation’s leading artists to wage the war on that front.

Many posters encouraged Americans to support the war effort financially by buying war bonds, and by recycling or conserving essential materials. Everyone was asked to do their part, including women who took on factory jobs and joined the military. Other posters cautioned people to avoid accidents in the work place and not to tell secrets that could be used by the enemy. Overall they promoted a common sense of patriotism, sacrifice and support of the troops. 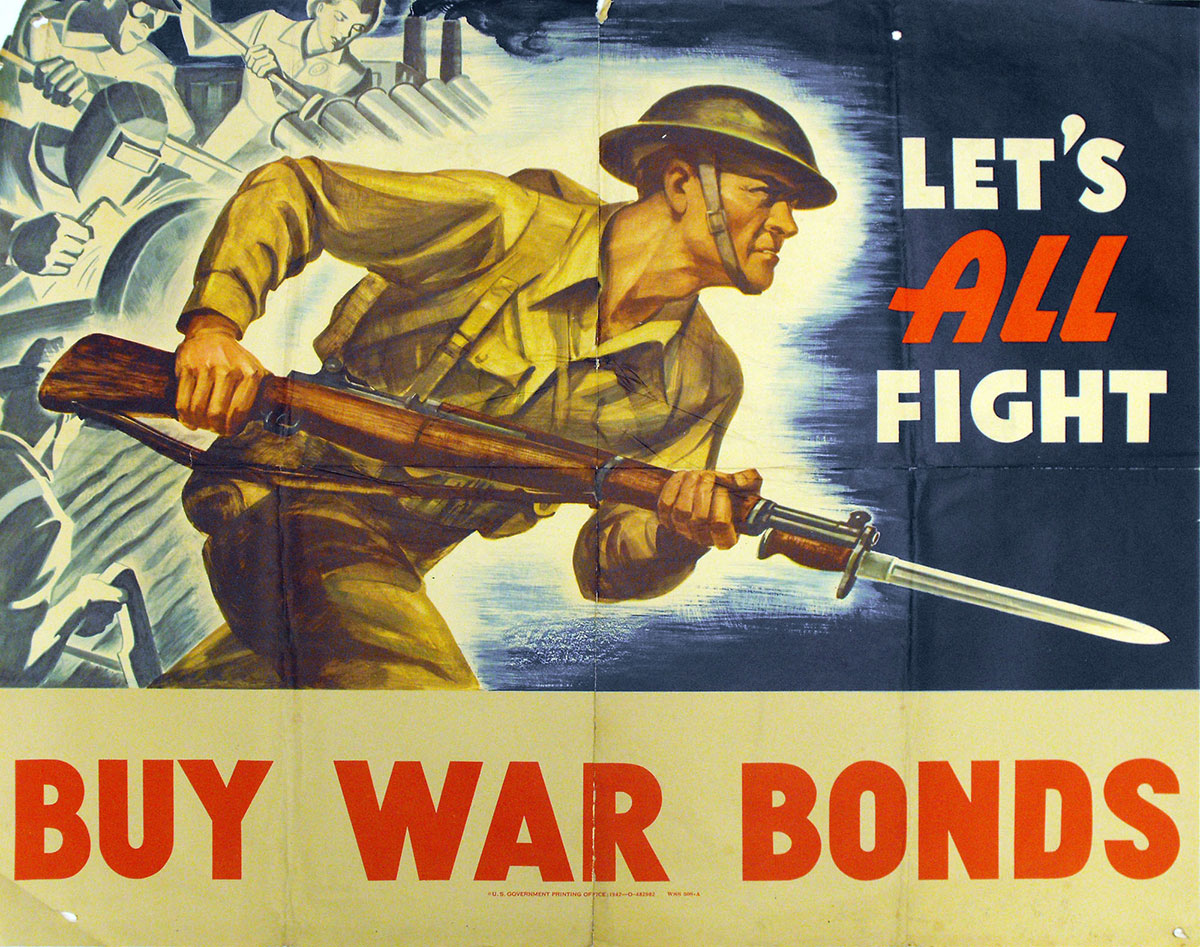 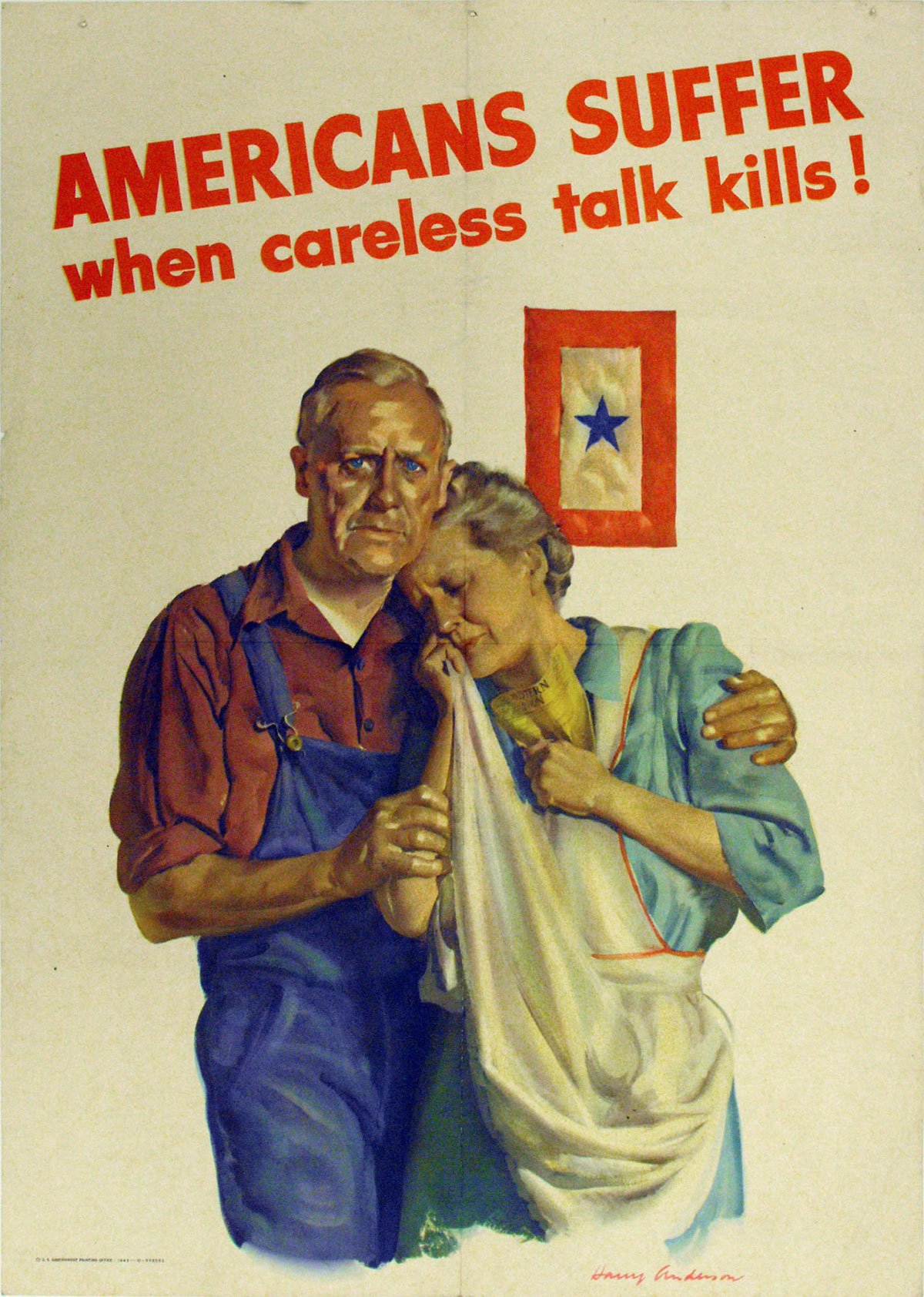 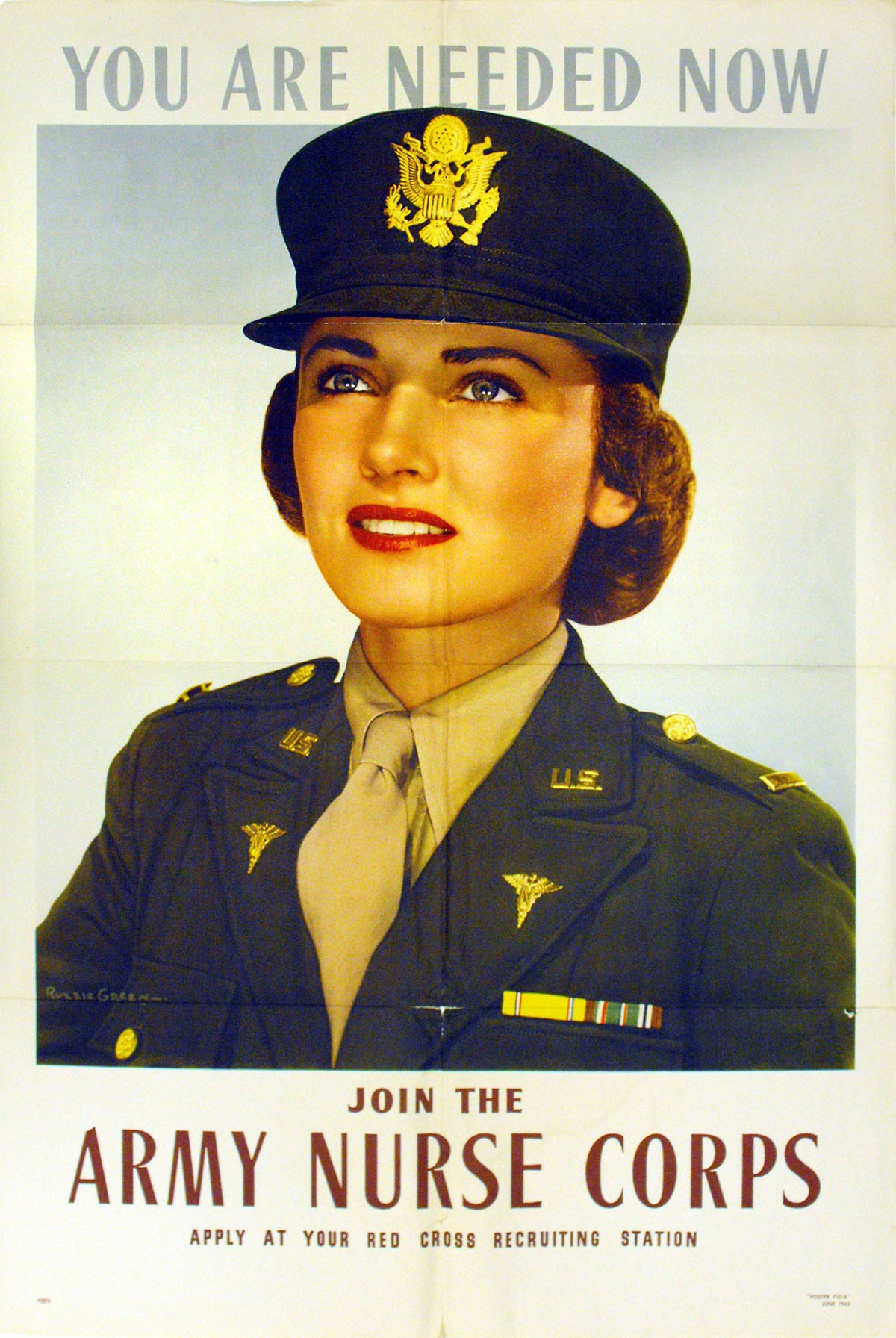 The exhibit is funded by grants from the Leo Cox Beach Philanthropic Foundation, the Waldo T. & Ruth S. Ross Charitable Trust, the Touba Family Foundation, the City of Glens Falls and the Town of Queensbury.