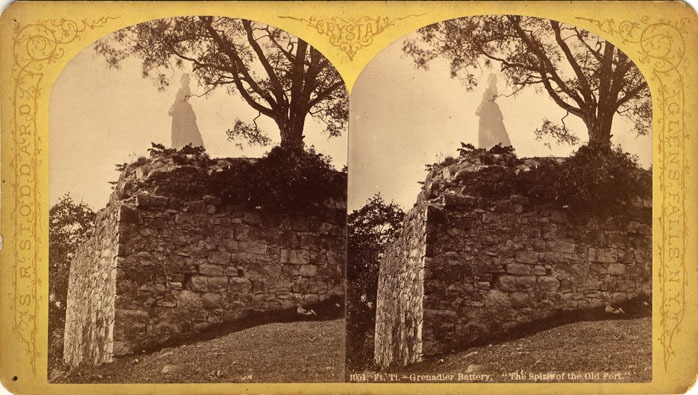 During the 1870s and 1880s, when Seneca Ray Stoddard was actively photographing the region,  summer tourists were fascinated by the ruins of nearby forts.  Fort William Henry, Fort George, Fort Ticonderoga and other fortifications had been built during the French & Indian and Revolutionary Wars, then they were allowed to fall apart over the next 100 years.

The U.S. Centennial, however,  renewed interest in our nation’s colonial past.  People visiting the area made excursions to experience the crumbling walls and earthen mounds — all that remained of the great events that had once taken place there.

Stoddard photographed the ruins and sold his stereoviews and prints to the summer visitors who flocked to the region’s hotels.  He also wove the stories of the colonial wars into his descriptions of the area in his guidebooks to Lake George and the Adirondacks.  The ruins added to the appeal of the natural waters and mountain scenery that made the Lake George region a popular destination. 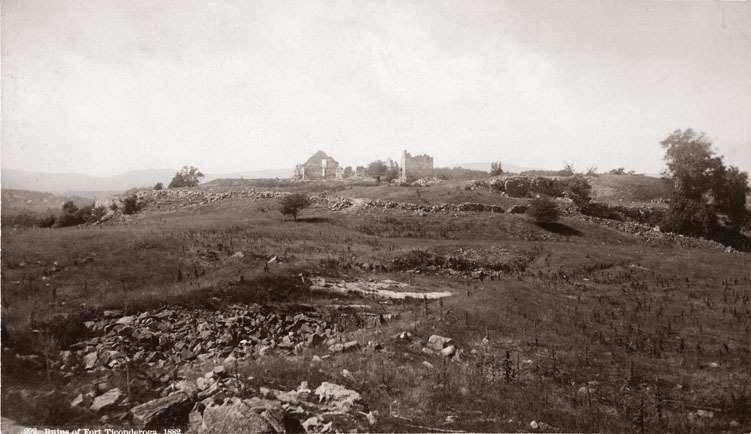