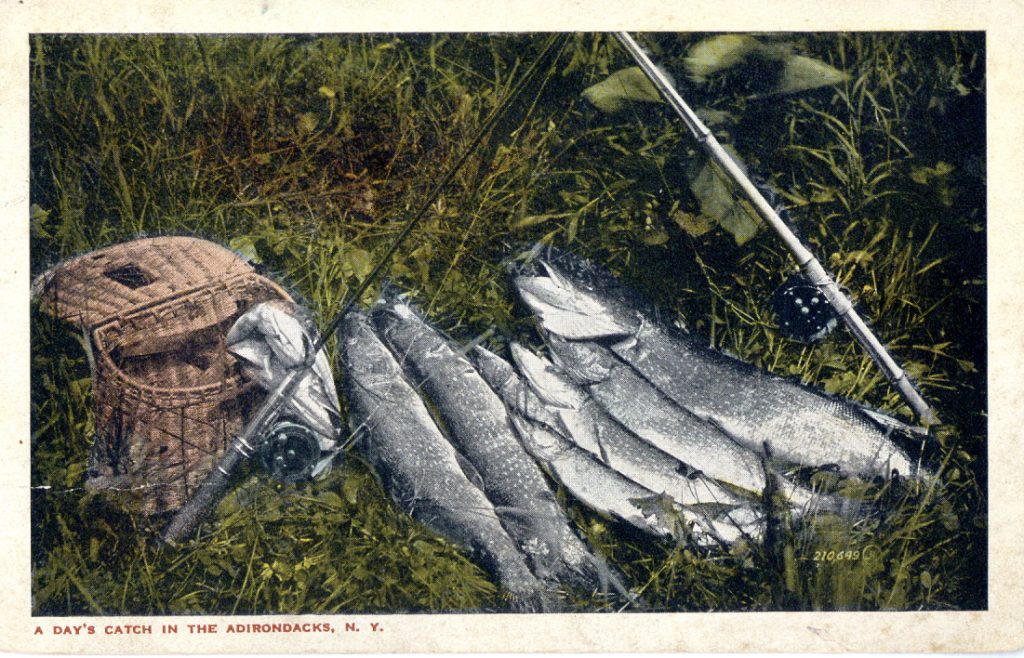 Welcome to the Post Card Chronicles.  If you’re like me, it’s just too hard to resist a stack of old postcards.  There’s a need to pick them up and look at all the images of far-off places, important sites, unusual events, or exotic themes.  Once you’ve stopped on a particular card that catches your eye, you flip it over to see what’s on the other side; a brief description, a postmark, someone’s name and address.  There might even a message.

I find myself doing this often.  Since we have a collection of postcards here, I decided to pick one at random and try to expand on its story a little bit more.  There’s always more to the story.  And so, with a name and a location to go on, here’s a little bit I can tell you about postcard no. 82.43.10. 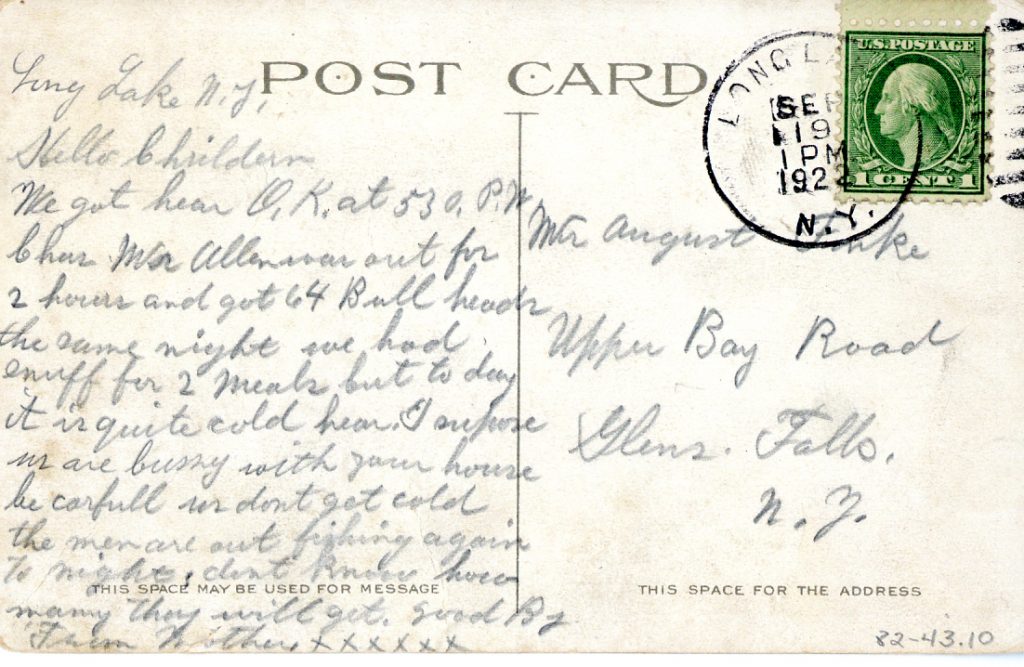 On September 19, 1922, this postcard was sent to Mr. August Finke from his mother, Hannah.  She seems to be having a very nice time vacationing up north at Long Lake.  One of companions, Mr. Allen, had quite an excellent day of fishing as he returned bearing 64 bullheads!  This amount of fish was apparently enough to supply her party with two whole meals.  That sounds like an awful lot of fish to me… they must have had some hearty appetites!

Meanwhile, her son was back at his home on Upper Bay Rd.  August Finke was a hard worker and outgoing young man.  At the time of this post card, he had been married for three years to Mary Louise Brown.  He had served in the army during WWI as a member of K Company and returned to New York in the spring of 1919 as Private First Class.   He left the service as a wounded veteran, having sustained an injury to his hip from shrapnel.  The time was right to settle down when he came home and he worked for a while at Hall’s Ice Cream on Glen St.  At some point he and Louise moved to Bay where he pursued a living by farming.

The couple joined the local Grange and were very active throughout their lifelong membership.  August also became a Free Mason in Senate Lodge 456.

They remained on Bay until the death of his mother in 1928.  With an inheritance he received from her estate, August and Louise sold their seven acres and moved to Hartford.  They would remain in Hartford for the rest of their lifetimes, though August was working for Finch, Pruyn, and Co. when he passed away in 1961.